So it had come down to the next round and we would play the Minnesota Jaxx on a baking afternoon on pitch 4, there is nowhere to hide on this particular field and we got the sun cream out and I asked the officials for a Water break half way through each 20 min half, the team talk was based around that we had now been here for two days and we needed a good performance, we targeted a win against the Jaxx who had already won one game in normal round play! 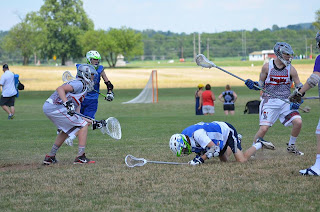 The kids seemed to believe but when we went two down it looked ominous! But the team have a lot of bottle as we say and we fought back to 2 all and then 3-2 with goals from Matt Rowarth who has got better and better in the Tournament and deserved his first goal and also Alex Russell who is a dangerous dodging and scoring threat and then Scott Dagnanleach! The new found confidence after going up was infectious and the boys seemed to grow and grow throught out the game and dominated from Goalies - great first half by Elliott Hurry and followed by Will Baxter, Defense and Offense you could tell players wanted to score for themselves but team play came first, Tim Collins dominated at Face off, Tig, Ciaran, Grady and Elliott Condren did a great job from the wings! 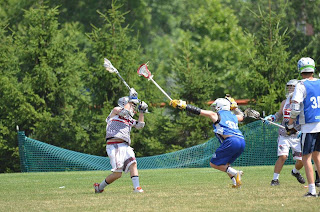 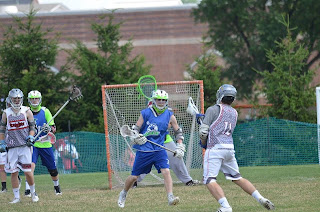 Joe Baythorpe scored a great goal from a dodge from x and then diving in front of his Defender to shoot a low to the opposite corner, his first goal of the tournament and well deserved, also Joe Harris scored his first goal from just inside the restraining line. 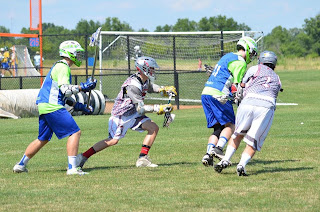 Alex Russell played his best game and ended with 3 goals and Tim Nicol ended the game with with 2 goals. Alex Winton, Jay Moore, Scott Dagnanleach and Steven Ewing also tallied to make it 11-4! 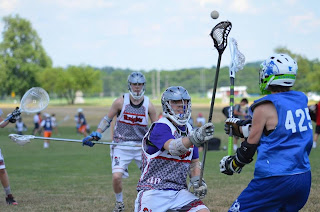 Ben Smith came close with a low to high shot and Joe Cara was unlucky not to score hitting the post twice!

You could feel the pressure lift and the kids looked so happy afterwards, the Coaches felt so pleased that they got what they deserved and hoped this would carry them through in this tournament and the Bison Brawl.

At the end of the game Elliott Condren picked up an amazing ground ball which is something we had asked the players to concentrate on turned gave a perfect pass but got hit in the head atthe same time, he suffered a mild concussion but when asked the day of the week he didnt know which concerned the trainers a little! but to be honest I dont think any of use knew, maybe we all had one, he is fine now and cant thank the trainers at the camp enough for looking after him!
He said he wouldnt have back out and took one for the team! what a Lad! 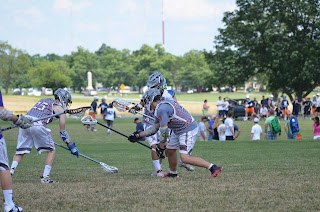 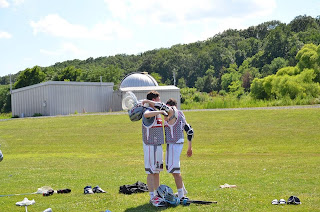 It is much better to earn something like this and it shows what staying together as team and determination can achieve! it was all worth it!

We would play against Velocity again for the second time in the next game!