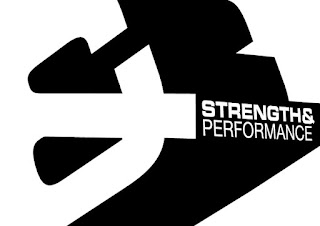 ﻿﻿﻿
﻿﻿﻿
Kids nowadays call it getting Hench! but Strength and Conditioning is a big part of being an Elite Athlete and the Knights where put through their paces by the good people down at Strength & Performance in Stockport!

Mostly attended by the 2013 Knights a few of the 2011 team also attended, with Coach Vav also going Beast Mode!

S & P Coaches Sean and Zoran worked with our Elite Athlete's on Athletic fundamentals, strength, speed and power as well as pushing them to see how they worked individually and as a team. The lads worked through Movement drills, pull up's, press up's, box jumps and medicine ball throws to then work on what the S&P guys call a finisher which is 6 sets of prowler runs, band pull a parts, crunches and sled drags which pushed the team to their limit and saw both leaders and competitors emerge!!! 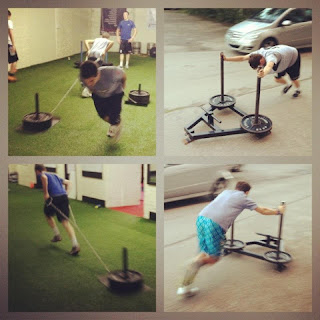 Well done to the boys for attending, sounded like a great session!

Thanks to Coach Vav for setting this up for the boys and a big thank you to Strength and Performance for making this night so challenging for the lads and making our athlete's better!
Posted by scott.weddell@ntlworld.com at 02:12